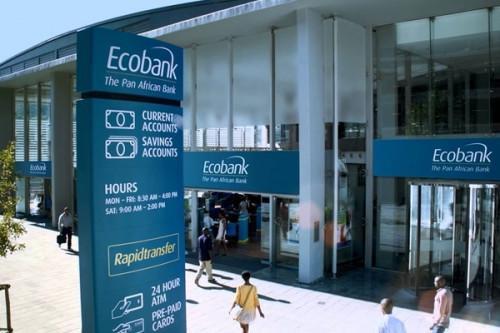 (Business in Cameroon) - Bankers are already expressing interest in the refinancing of Cameroon’s 2015 Eurobond, whose amortizations are scheduled to start in 2023.

According to media Ecomatin, through its local subsidiary, Pan African banking group Ecobank recently made a refinancing offer to the Cameroonian government concerning the said Eurobond. Credible sources reveal that Ecobnak is not the only banking group interested in the refinancing of the bond.

Indeed, even though the first amortization date is still far away, the Cameroonian government, which is experiencing cash flow problems due notably to its security and health (coronavirus pandemic) expenses, plans to anticipate the potential challenges that may affect the amortization of the Eurobond.

In that regard, the government has devised several scenarios aimed at maintaining international investors’ trust in the country’s signature. For credible sources, one of the probable scenarios is to refinance the Eurobond to extend its maturation date and the amortization schedule.

The said Eurobond was issued in 2015 and it was the first in Cameroon’s history. Indeed, in 2015, after several successful operations on the BEAC public securities market and on the then Douala Stock Exchange, the government decided to try international markets. It then contracted Société Générale and Standard Chartered Bank to arrange a $1.5 billion (or XAF750 billion, at the exchange rate of XAF500 per $1) operation.

The operation was guaranteed to the tune of XAF325 billion (€500 million) by the African Development Bank. In the end, Cameroon raised $750 million (XAF375 billion). At the time, Alamine Ousmane Mey (then Minister of Finance) explained that the low volume of funds raised was due to the tough market conditions rather than investors’ disinterest in the country’s bonds. For instance, the interest rate required by investors for the bonds was 9.75%, the highest demanded for Eurobonds issued by an African country that year.

While the country raised only XAF375 billion during the operation, official documents, like the 2019 finance law, usually mention XAF450 billion without providing any explanation.

Some financial experts first believed the additional XAF75 billion to be the interest the country will pay but information gathered at the Ministry of Finance invalidate such hypothesis. Indeed, authorized sources reveal that the interests of that Eurobond are regularly paid by the public treasury. For instance, in May 2020, Cameroon paid over XAF21 billion as interests on the bond.

Therefore, the most plausible hypothesis is that the additional XAF75 billion represent the fees incurred for the cross-currency swap carried out by Cameroon after the operation.

In financial lingo, a swap is a transaction that changes the nature or terms of a stock or bond, usually to hedge against a future risk or obtain favorable terms. In the case of the Cameroonian Eurobond, the government swapped its sovereign bonds originally issued in US dollars for securities now denominated in euros.

The initiative was designed to protect against fluctuations in the U.S. dollar, and thus against a foreign exchange risk during amortization operations since the euro was stable because of its fixed parity with the local currency.  It was a relevant initiative given that the U.S. dollar value was rising against the XAF to the extent that $1 was even valued at XAF627 for some time.  Even nowadays, with a $1 value at XAF557.54, this debt would amount to XAF493 billion.

Despite this obvious advantage, its relevancy can only be determined once the debt is fully amortized.