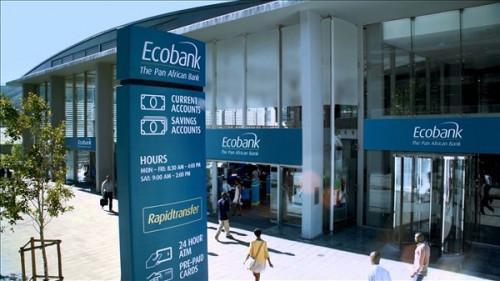 (Business in Cameroon) - Ecobank Transnational Incorporated (ETI) reports that it generated $204 million of non-interest revenues, mainly driven by fees and commissions, in its Central, Eastern and Southern African markets (largely dominated by CEMAC countries), in the first nine months of 2019. This performance is up by 13% compared with the volume generated during the same period in 2018.

According to the banking group, which is present in nearly 33 African countries, this income could have been better had it not been for the entry into force of new exchange regulations in the CEMAC region, where ETI operates in five out of the six countries constituting that region. " These new regulations direct all banks to transfer to the BEAC the foreign currency proceeds they receive from the export activities of their customers. The need now for banks to apply to the Central Bank for foreign currency on behalf of their customers’ needs has reduced levels of activity," its officials said in a note to investors.

The information provided by Ecobank shows the difficult application of this new exchange rate regulations, adopted in 2018 by the Heads of State of this zone. Speaking at the meeting organized in Douala by the African Development Club of the Moroccan group Attijariwafa Bank, one of Beac's officials admitted that in the beginning, the implementation of this new regulation has been difficult. However, he indicated, things had improved significantly.

Faced with a sharp deterioration in the subregion's foreign exchange reserves in 2016, the Heads of State chose a macroeconomic adjustment over currency adjustment. However, economic reforms are being implemented with difficulty. Despite the adjustments made by the various actors, many areas need to be improved.

For instance, interbank operations still take more than 48 hours before completion even when all the stakeholders have properly played their respective parts. This period can even be extended if a link in the chain weakens.