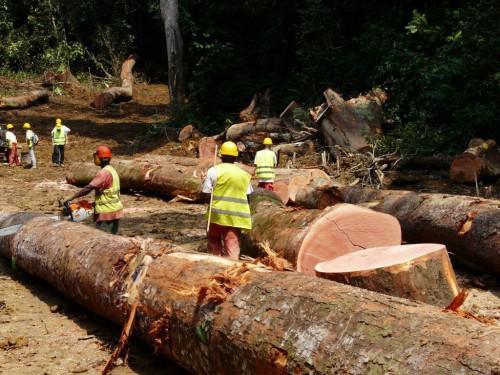 (Business in Cameroon) - The last sectorial report of the International Tropical Timber Organization revealed that sawn timber from Cameroon was the most exported product to the UK between January and August 2017.

Cameroon exported more than 25,000 cubic tons of sawn timber to the UK during the first eight months in 2017, outrunning Malaysia and Congo whose exports to the UK have increased since January.

The timber organization explained that Cameroon’s timber exports to the UK have recovered this year after a decrease in 2015 and 2016.

The decrease was experienced two years after the enactment of the voluntary partnership agreements (APV-Flegt), a rigorous mechanism to ensure the legality of woods and other derivatives exported to EU. Indeed, the platform Forêt et Communauté (a group of NGO’s specialized in forest governance in Cameroon) explained that to avoid the rigorous measures, Cameroon’s timber exports were redirected to China.

“Cameroon’s exports of wood is turned toward China because there are no rigorous measures, by China and the producers’ countries, to ensure the legality of woods and derivatives exported to China”, the platform explained