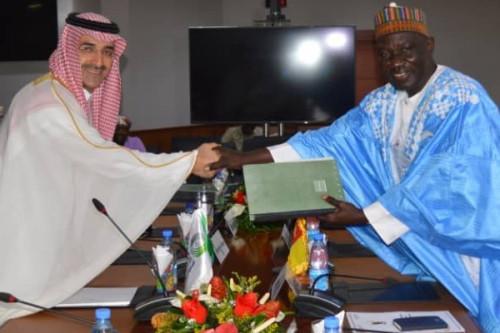 (Business in Cameroon) - Saudi Arabia is spending CFA6.7 billion on a health project in Cameroon. According to official information, the Saudi Fund for Development (SFD) signed a deal last August 26 with the government to co-finance the construction and equipment of the regional hospital of Mbalmayo, in the central region.

"The deal is aimed at building and equipping the hospital, which has a capacity of up to 200 medical beds," the Saudi Fund reported, adding that “a landing zone for emergency helicopters will also be equipped.”

Overall, the project requires an investment estimated at CFA22 billion. Other partners including the Arab Bank for Economic Development in Africa (CFA6.7 billion) and the Kuwait Fund for Arab Economic Development (about CFA6 billion) are also granting a helping hand while the Cameroonian government will contribute CFA2.4 billion.

Since 1977, the Saudi Fund for Development has financed 9 projects in Cameroon for an estimated total of $109 million (CFA71.7 billion) in the areas of infrastructure, drinking water, transportation, education, and health.