Cameroon gets XAF11.5 bln from Chadian oil transit charges between January and April 2019, up 38.1% YoY 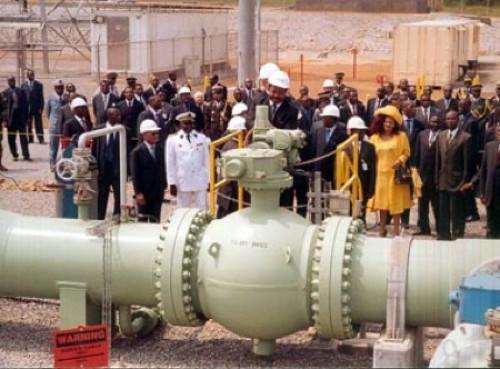 (Business in Cameroon) - Between January and April this year, the Cameroonian treasury collected XAF11.5 billion from transit charges of Chadian oil, according to the Pipeline Steering and Monitoring Committee (CPSP).

CPSP says the amount is up 38.1% compared to the same period in 2018 when the transit duties generated XAF8.3 billion. Higher revenues resulted from “the increase in crude oil volumes shipped from the pipeline terminal, due to the higher production by new shippers,” CPSP suggests. Over the period reviewed, it’s reported, 15.1 million barrels of Chadian oil were shipped from the Kribi terminal in the southern region of Cameroon, compared to 12 million barrels between January and April 2018.

Another reason for the increase in revenues is the revaluation of transit charges on 30 September 2018, officially increasing from $1.30 to $1.32 per barrel. This revaluation was carried out in accordance with the provisions of amendment No. 2 to the establishment agreement of Cotco, the company that manages the pipeline on the Cameroonian side.