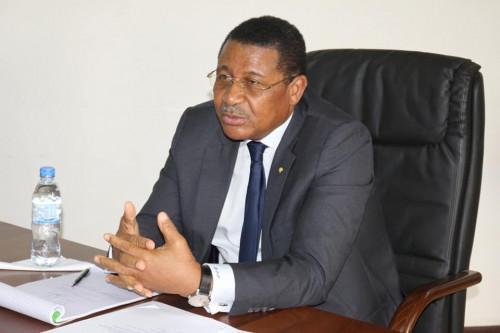 (Business in Cameroon) - The Commission of the Central African Economic and Monetary Community (CEMAC), Chaired by the Gabonese Daniel Ona Ondo (photo), issued a call for tenders last August 30 to recruit a consultancy firm to develop a common mining policy within the CEMAC area.

According to Daniel Ona Ondo, the strategy lays on the interest of having a legal and regulatory framework without large disparities between Member States as to attract direct foreign investments. Bids must be submitted in a sealed envelope to the Commission's provisional headquarters in Malabo, Equatorial Guinea, or by e-mail no later than September 27 at 10 a.m.

The Commission pointed out that the subsoil in the sub-region is rich in mining resources such as manganese, iron, bauxite, cobalt, nickel, potash, uranium, gold, silver, diamond, copper, etc. Cameroon, for example, has the world’s 6th largest bauxite reserve (still not exploited) and Gabon is the world's second-largest manganese producer with 30% of the world's reserves. The commission said the resources are not sufficiently exploited (under-exploited) and mainly exported as unprocessed raw materials.