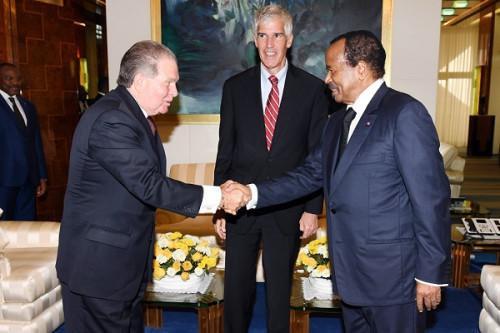 (Business in Cameroon) - Cameroon has continued to support Geovic in the search for a technical and financial partner for the development of the Nkamouna cobalt-nickel-manganese project, Minister of Mines Gabriel Dodo Ndocké says. The official was speaking on November 30, 2021, before the national assembly to present the activities carried out by his ministerial department this year (2021).

This statement from the Minister of Mines indirectly reveals that the government has not agreed to the suggestion introduced in late 2017 by then Minister of Mines Ernest Gwaboubou to withdraw the mining license held by Geovic for the project.

Indeed, Geovic obtained a mining license covering the deposit in 2003. This license was the first of its kind to be issued by Cameroon. However, in 2013, the mining firm abandoned the project. Former Mines Minister Ernest Gwaboubou’s suggestion to withdraw the permit was issued because of Geovic’s inability to push the project into the exploitation phase.

Although it was not accepted, that suggestion seems to have sprung Geovic into action. On February 21, 2018, its founder William Alan Buckovic was mandated to Cameroon. He met State Minister Ferdinand Ngoh Ngoh, to assure Cameroonian authorities of his firm’s will to relaunch the project, which has been in hibernation for five years then.

The meeting was followed by another on July 25, 2019. This time around, it was Geovic’s CEO Michael Mason who was granted an audience by President Paul Biya. During the audience, the CEO thanked the Head of State, whose “support and patience” have been crucial for the successful relaunch of the project. He then presented the project as being “one of the best in the world” and listed the opportunities presented by the Nkamouna mining project: close to 700 direct jobs to be created, technology transfer, training to young Cameroonians, and taxes.

Two years after that audience, there is still no new development. Geovic and the Cameroonian government are still hunting for some XAF250 billion investments necessary for the development of the mining project that Lomié (and even the whole of Cameroon) residents have been eagerly expecting for decades now. Meanwhile, for a while now, Geovic has been trying to cede its assets in the project.