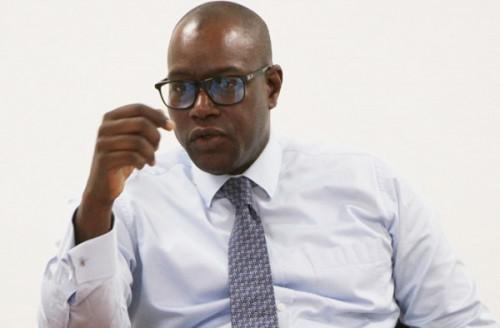 (Business in Cameroon) - There has been a new development in the case between Douala autonomous port and the consortium Bolloré-APM Terminals for the concession on the port’s container terminal. Indeed, on September 3, 2019, during a press conference in Douala, Mohamed Diop (photo), director of Bolloré group in the Gulf of Guinea, revealed the existence of a memorandum of understanding extending, till 2023, the 15-year concession granted in 2005 to the consortium Bolloré-APM Terminals, which controls Douala International Terminal (DIT).

According to the executive, this agreement was signed in late 2017, after six months of tough negotiations with an ad hoc committee presided by Cyrus Ngo’o, the current managing director of Douala autonomous port.

This memorandum of understanding was articulated around 5 axis. These are namely the disbursement, by Bolloré group, of a special contribution of XAF24 billion, an increase of the state’s shares in DIT from 10 to 30%, doubling the fees paid by DIT for the concession and an additional investment of XAF20 billion.

In return for these actions, the Cameroonian party was to extend the Bolloré group’s concession agreement by 4 years to let the group cover its investments. Instead of implementing this agreement, on January 2018, Douala autonomous port issued a call for expression of interest to recruit a new concessionaire for the container terminal, Mohamed Diop reveals.

After a fruitless process to inquire about the reasons for this volte-face by the Cameroonian party, they answered this call for expression on March 5, 2018.

Worse, in January 2019, Bolloré-APM Terminals was not included in the list of groups shortlisted to submit their final offers for this concession.  “We were eliminated at the pre-qualification stage. It is like refusing the Cameroonian national football team, which is the defending AFCON champion [ed .note: before AFCON 2019], from playing the qualifiers for the following edition,” Mohamed Diop said.

DIT’s shareholders then filed legal actions before Douala administrative court. On August 16, 2019, this court issued a ruling suspending the concession operation. On August 21, 2019, the Douala port’s authorities lodged an appeal informing that with the appeal lodged, the process can continue despite the ruling.

“Our stance is that the process is still suspended (…) We will take every legal action and we are determined to battle because it is about our reputation (…) We are only asking to be simply treated in compliance with the rules regulating that process and be reinstated in it so that we can compete on equal terms with other candidates,” Mohamed Diop indicated.

He also revealed the continuation of the arbitration procedure opened before Paris court of arbitration in the framework of that same case. He does not exclude a return to the negotiation table. “If we are invited to negotiate, we will answer as we always do,” he announced.