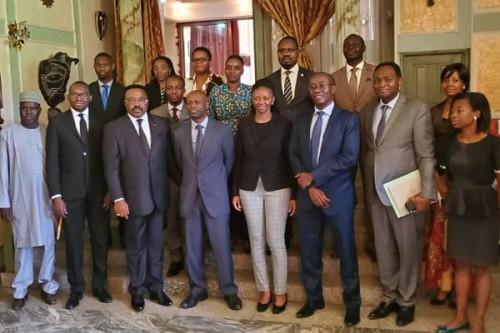 (Business in Cameroon) - The information has not received much publicity but, it means a lot for Cameroon. Indeed, on October 29, 2019, Félix Mbayu, Minister Delegate at the Ministry of External Affairs in Charge of the Commonwealth, received a delegation from Afreximbank led by Gérard Chihota, head of the secretary unit of this financial institution’s board of directors.

According to the minister, the audience was about the launch, in Cameroon, of Afreximbank’s subsidiary for the Central African region. He provided no further information but this subsidiary will probably be opened in Yaoundé.

Since its creation in 1994, the Cairo-based Afreximbank has already approved several billion CFA Francs of credit facilities for Cameroonian companies and institutions.

In January 2018, for instance, in partnership with the African Development Bank (AfDB), Afreximbank provided a loan of about XAF25 billon, with guarantees from the Cameroonian government, to boost the activities of Société des plantations de Mbanga.