Cameroon: some local and Japanese investors plan to establish a motorcycle assembly plant in the country 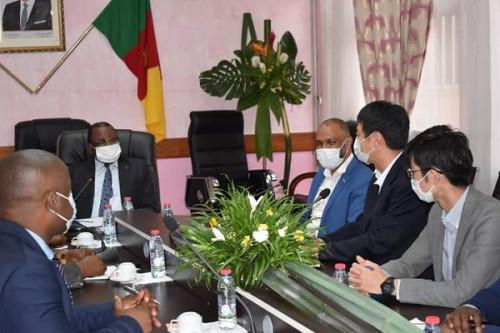 (Business in Cameroon) - On October 11, 2021, Minister of Commerce  Luc Magloire Mbarga Atangana granted an audience to a delegation of Cameroonian and Japanese investors who presented their motorcycle assembly plant project.

"They suggested a win-win partnership to set, within a few years, a semi-assembly plant similar to those they established in Nigeria and Kenya. This initiative is in line with the government's policy to promote import-export defined by the National Development Strategy (SND30) for the industrialization of Cameroon," we learn.

In response, the Minister of Commerce informed that although there is a specific policy to fight the proliferation of motorcycles in Cameron, the sector is much open. Only an approval is needed. This approval is certainly not an obstacle to the creation of the projected assembly plant whose location, cost production volume and even the number of jobs to be created is still unknown.

Minister Luc Magloire Mbarga Atangana also reminded that to support investors, the government of Cameroon has the 2013 law granting investment incentives to companies but has also ratified all the international arbitration conventions. Therefore, Cameroon is a safe bet when it comes to investments.

This motorcycle assembly plant project is being submitted to the government at a time when the cost of acquiring motorcycles imported from the European Union (EU) is falling. Indeed, under the terms of the Economic Partnership Agreement (EPA) between Cameroon and the EU, on August 4, 2021, customs duties on products in the third category (like fuels, cement, passenger vehicles, motorcycles, etc.) were dismantled further to reach the rate of 20%. The tariffs will be dismantled by 10% every year till they are fully dismantled.