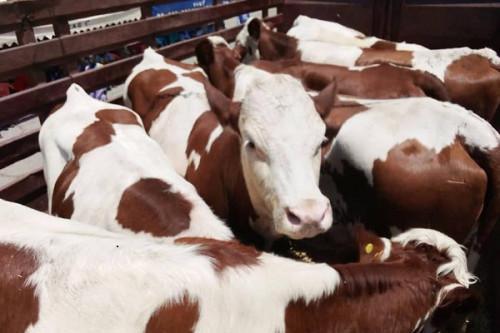 (Business in Cameroon) - On February 17th, 2021, Minister of Livestock Dr. Taïga signed a decree authorizing the distribution of  pregnant heifers (imported from France in late 2020) to producer organizations engaged in milk production in Cameroon.

"It is authorized from the date of signature of this decision, the distribution of 164 pregnant heifers of Montbeliarde breed acquired by the Livestock Development Project (Prodel), to organizations (...) engaged in milk production. The distribution will be based on their business plan validated by the regional committee in charge of the pre-selection of sub-projects," wrote Dr. Taïga.

According to Prodel, "the government has opted for the Montbeliarde breed because it easily adapts to harsh climatic conditions. The abundance of water and grass guarantees a daily production of 20 liters of milk per cow. With technological tools, that production can be increased."

With those heifer distributions, Cameroon intends to boost its milk production, whose yearly deficit is estimated at 120,000 tons.  Every year, the country spends XAF20 billion to import milk and its by-products, according to the National Institute for  Statistics.

In December 2020, the Ministry of Livestock indicated that a contract for the progressive acquisition of dairy cows and the reproduction of bovine seeds was signed with Coopex Montbéliarde (France) for an amount of 824,881 euros, or XAF541.08 million.