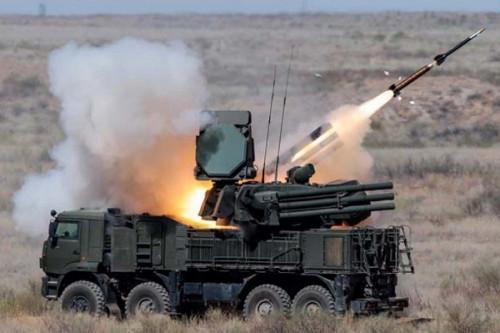 (Business in Cameroon) - Cameroon considers buying short and medium-range air defence missiles “Pantsir-S1” from Russia. According to Russian media outlet Sputnik, which revealed the intention, this was indicated by Cameroonian ambassador to Russia Mahamat Puba Salé. The diplomat explained that the decision to buy those missiles has not been taken yet but, it should happen.

The said system, being used by the Russian army since 2010, is equipped with two 30-mm cannons, able to fire 5,000 rounds per minute and twelve 20-km range missiles.

The Pantsir-S1 can destroy cars, lightly armoured vessels and any target flying between 5 and 15 kilometres height (be them planes or guided bombs). Countries like Algeria, Iran, Irak, the United Arab Emirates, Syria, Lybia, and Oman already have it.

According to Mahamat Puba Salé, Cameroon is interested in armoured cars and helicopters to fight against Boko Haram. Indeed, since 2009, this Islamist group has killed more than 27,000 people in Nigeria and its neighbouring countries. Because of the group’s attacks, 85,000 Nigerians fled to Cameroon. “They [Boko Haram] plant land mines on soldiers’ tracks. When the soldiers’ vehicles are unarmoured, we lose them,” the Cameroonian diplomat said to  Sputnik.