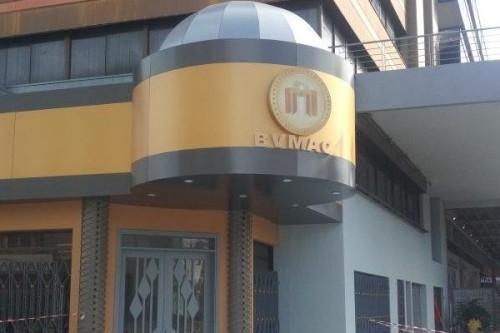 (Business in Cameroon) - Next year, Cameroon will resume its fundraising operations on the regional exchange BVMAC which it left in 2019 to focus on the central bank BEAC’s securities market for its medium and long-term debt operations. The information was disclosed on December 17, 2021, in Douala, during a roundtable organized to commemorate 10 years of Cameroon’s involvement in the BEAC public securities market.

The resumption follows discussions between the Cameroonian government and executives of the BVMAC. According to Samuel Tela, Director of Treasury at the General Treasury Directorate of the Ministry of Finance, the country has not yet decided on the amount it will raise on the BVMAC next year. However, the treasury director stresses, the operation will be a sizeable one comparable to the ones the country organized between 2010 and 2018. Indeed, each of the operations organized by the country on the market during that timeframe was usually aimed at raising funds in the XAF80 billion and 200 billion range.

Samuel Tela explains that the operation aims to diversify the country’s funding sources. Also, “bond issuances offer the general public an opportunity to finance the state. When the time comes, the operation will be organized based on mostly financial components,” he added. The official made those clarifications because many people used to the regional capital market believe Cameroon is returning to the BVMAC more to dynamize the market than for the financial benefits such an operation would provide.

Indeed, for many finance experts (even people at Cameroon’s Ministry of Finance), the CEMAC capital market is costlier, less flexible, and time-consuming than the BEAC debt market. This is notably why, in recent years, several CEMAC countries (Cameroon included) focused their attention on the debt market launched by the BEAC (in 2011) for medium and long-term debts.

But, according to Cameroon’s Ministry of Finance, besides the ambition to dynamize the regional capital market, the resumption of operations on the BVMAC is also motivated by the huge weight of the debt portfolio on the BEAC market.  Indeed, the secondary market is not dynamic and banks that operate as primary dealers on the primary market are reluctant to offer the public securities they own.

They own close to 79% of the public securities market issued by Cameroon on the BEAC debt market (about XAF1200 billion outstanding as of end-November 2021) against a little over 20% for institutional investors. Meanwhile, individual investors account for just a small portion of the securities.

Therefore, with the huge volume of the outstanding portfolio and the threat of prudential ratios, credit institutions that also have to buy the public securities offered by other CEMAC countries could be unable to buy the whole XAF350 billion of securities the 2022 finance law allows Cameroon to issue. Hence, the mixed fundraising approach, consisting of resorting to the BEAC debt market and the BVMAC, to raise the additional funds required for 2022.