CEMAC: Heads of state committed to stable currency but open to “possible developments” in monetary cooperation 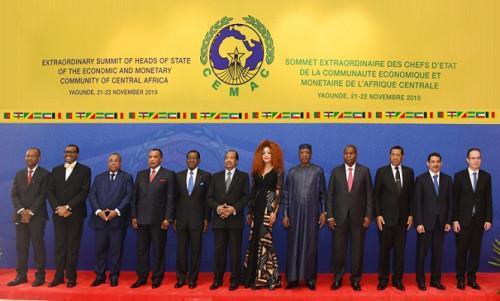 (Business in Cameroon) - At the end of the closed-door extraordinary meeting held on November 22, 2019, in Yaounde, CEMAC Heads of State expressed their commitment to a stable currency. This choice does not come as a surprise since in his opening speech, Paul Biya, the host of the event, indicated that a monetary adjustment was not on the agenda because of the improvement of the foreign currency reserve.

Nevertheless, the Heads of State opened ways for “possible developments” in policy and monetary cooperation. Once again, they entrusted the BEAC with the task of making proposals in that regard as soon as possible.

As far as monetary policy is concerned, the BEAC is already exploring the field and should publish a report soon. The report should include actions to strengthen the stability of the banking sector, and also the management of the refinancing of securities issued by private companies operating in the non-financial sector. There is a new point, however. Indeed, the presidents indicated that they were open to discussions in the framework of the monetary cooperation agreements between the subregion, the Euro and France but, it is difficult to know what the points of arbitration were during the session.

As for the other issues discussed by the Heads of state, it seems that the presidents want to bring a dose of realism to the achievement of budgetary consolidation objectives. Countries whose economic programmes with the IMF have come to an end may be able to renew it.

Let's recall that these resolutions take place in an uncertain environment for the world economy and less than 3% growth forecasted for CEMAC.