Public Procurement: Local producers to be the main suppliers of wooden office furniture in Cameroon, from 2023 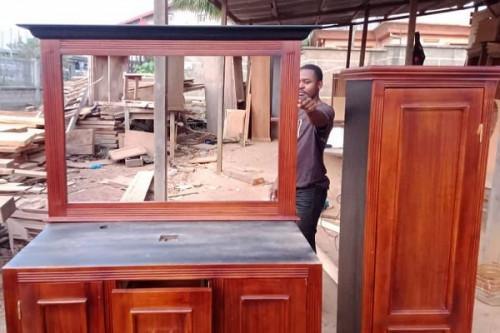 (Business in Cameroon) - The government of Cameroon, under its import-substitution policy, announced it will now first resort to local suppliers for the acquisition of wooden office furniture. This new provision, prescribed by the Head of State himself, is expected to start next year.

"At the economic level, the government will work to (...) direct spending on goods and services towards the local market, especially for wooden products. The majority of wooden furniture for the public administration will come from local suppliers,” the Head of State said in the circular signed on August 23.

This new government measure follows the decision by CEMAC countries to ban log exports from January 1, 2023, and promote local processing. As part of this plan, Cameroon has raised taxes on timber exports (+15%) in its 2022 finance law and has waived customs duties and taxes on the import of equipment, materials, and processing tools not already available locally.

Besides wooden products, the government is also working on regulations to establish a quota of other local goods and products in public procurement, based on the inclusion of a number of them in the market price list. “In 2021, the government started identifying local products that will now be prioritized to reduce export and gradually reorient its consumption behavior. A provisional list was made, which included in particular wooden office furniture, beverages, as well as products of the textile industry. An analysis of the production potential of the local sectors concerned is being finalized," we learn from the Medium Term Economic and Budgetary Programming Document 2023-2025.

During the first quarter of 2020 alone, the country spent CFA190.6 billion to import 1,089,801 tons of goods that could have been produced locally, according to data from the Ministry of Finance. Of this amount, CFA1.4 billion went for wooden furniture, against CFA7.8 billion for paper and cardboard, etc.