Camair-Co shaken by a management crisis 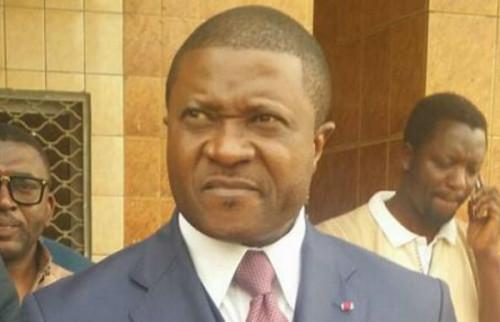 (Business in Cameroon) - Cameroonian carrier Camair-co is currently shaken by a crisis among the top management. Indeed, barely three months after the appointment of a new managing director and a president of the administrative board, as the head of this state-owned carrier, a mail showing the extent of the crisis was made public.

On August 20, 2019, Ernest Massene Ngalle Bibehe (photo), president of Camair-Co’s administrative board and transportation minister, wrote to the managing director Louis Georges Njipendi Kouotu asking him to cancel all the carrier’s staff redeployment. The reason, the minister indicates, is that during the transfer of power on May 27, 2019, the top management was asked to conduct an internal audit of the infrastructural, financial and human resources. The management was also asked to do everything to stabilize the company and before any staff movement.

Ernest Massene Ngalle Bibehe indicates that even as the results of actions initiated to save the company are still expected, the managing director notified him of a massive staff redeployment. This is against the goal to control expenses in order to move the company in the path of progressive financial autonomy.

In addition, some of Camair-Co’s executives were appointed without the administrative board’s approval. Some of the staffs have even been appointed for positions not already integrated into the organic laws.

For the time being, there is no comment from the managing director but, the current crisis at Camair-Co can not stabilize the carrier that has been having a hard time for years now.

Since its launch in 2011, it has always been unprofitable. In 2016, a recovery plan was suggested by Boeing Consulting. This plan suggested the payment of a XAF35 billion debt, the injection of XAF60 billion and a resize of the network to about 23 destinations as well as the modernization of the fleet. It is yet to be implemented.