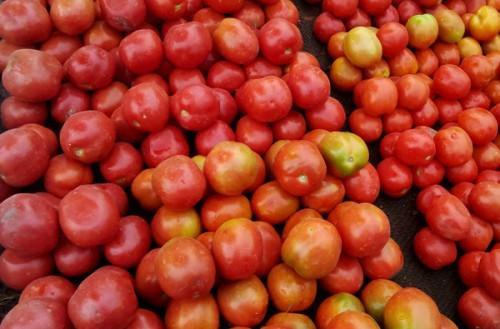 (Business in Cameroon) - In Maroua markets in the Far-North, a crate of tomatoes is now XAF14,000, L’œil du Sahel reveals. Three months ago, that same crate would have cost XAF3,000.

Due to the dramatic price increase, “a pile of four tomatoes currently is sold at XAF400 while between December [2018] and March [2019], this same pile was XAF50,” says Biri Adamou, a trader interviewed by the above-mentioned media.

According to retailers, this price increase was created by supply difficulties. They indicate that tomato culture has been dropped in numerous production basins in the Far-North to be replaced by millet and corn growing. These two cereals are essential in people’s diet in the northern regions in Cameroon. Because of these shifts in farmers’ growing habits, retailers are obliged to buy their tomatoes in Adamaoua, which is hundreds of kilometers from the Far-North.