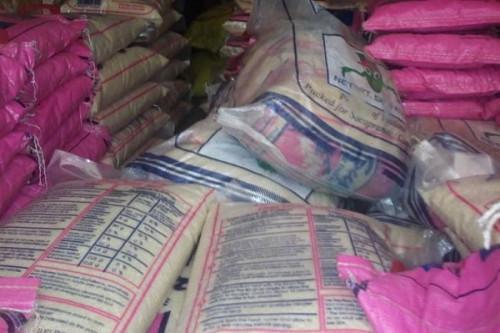 (Business in Cameroon) - In 2019, ten economic operators imported 803,505 tons of rice into Cameroonian territory, according to an official note from the Ministry of Commerce.

This is a "record volume, hitherto unheard of," Trade Minister Luc Magloire Mbarga Atangana said in the note addressed on July 6, 2020, to the president of the Rice Importers Group in Cameroon.

During the period under review, these rice imports largely exceeded national demand, which is estimated at only 576,949 tons by the Ministry of Agriculture for the current 2020 year.

Assuming that national demand was the same in 2019, as it is for 2020, this means that the imports exceeded demands by about 367,266 tons, considering that the projected national production of 140,710 tons in 2020 is consumed locally (a large part of this production is exported to Nigeria).

This sharp increase reveals the persistence of networks that re-export rice from Cameroon into neighbouring countries where operators deem prices to be better than those offered in the local market. This re-exportation scheme gained momentum between 2014 and 2016 when Nigerian authorities hiked rice import tax (110%) to encourage local production.

After this measure, and taking advantage of the tax exemption on rice in Cameroon since the hunger riots of February 2008 (tax restored in 2016), Nigerian importers turned to Benin and Cameroon to buy rice that they smuggle into their country, according to the Seaport Terminal Operators Association of Nigeria (STOAN).

As a reminder, rice is the most imported foodstuff in Cameroon. Officially, between 2015 and 2018, the country's rice imports amounted to CFAF 652.6 billion, an average of CFAF 163 billion each year.

To reverse this trend, the government initiated projects aimed at encouraging the production of this cereal. For 2020, for instance, the Ministry of Agriculture has announced a programme to develop an additional 35,700 hectares of the hydro-agricultural perimeter, which will enable the production of at least 350,000 tons of milled rice by 2023. However, this projection is still far below the current national demand.