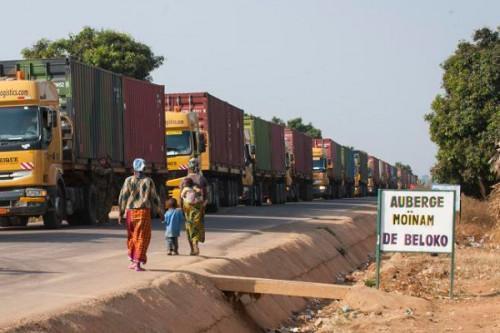 Also, unlike the initial measure ordering the closure of all of the country’s borders, the framework indicates that “trade with foreign countries will continue, in particular with Chad and the Central African Republic (CAR), without prejudice to drivers’ health checks."

The Prime Minister provided no reason for those amendments but, on close observation, it appears they were spurred by economic and diplomatic reasons.

Cameroon, via its two ports, plays a crucial role in the supply of goods to landlocked Chad and the Central African Republic. A sudden disruption of that supply chain would cause significant economic and social impacts on those neighboring countries. On the other hand, the disruption would have also seriously cut the revenues of the autonomous Port of Douala since goods shipped to Chad and CAR represent almost half of the port’s revenues.

Moreover, Cameroon is the main facilitator of the intra-community trade in the CEMAC zone. " From 2014–17, its share of total intracommunity trade amounted to 24.7%, aided by the relative diversification of its economy and the existence of road corridors with all CEMAC countries as well as Nigeria," the African Development Bank (AfDB) said in its recent African Economic Outlook 2020 report.

By closing its land, air and sea borders, Cameroon had already indicated that cargo flights and ships carrying everyday consumer and essential goods were allowed in the country. Only the stopover time would be limited.

A total border closure would have been suicidal for Cameroon, which depends on foreign countries for the supply of essential goods. For instance, since the fire incident at its only refinery company Sonara, it has been importing all of the fuel used locally. Also, it imports 90% of its medical needs, 80% and 50% of its respective needs in rice and fish, which are considered as mass consumption food products.

Many of the inputs for its infant industry also come from abroad. This is the case for the milling and cement sectors, which are fully dependent on the outside world for the supply of essential raw materials like wheat and clinker respectively.