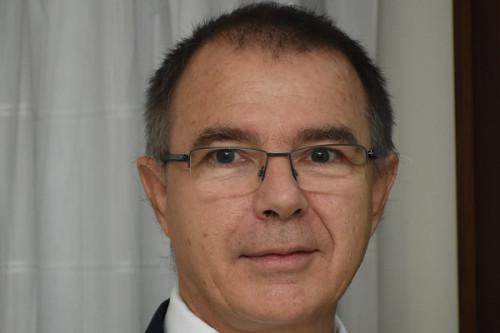 (Business in Cameroon) - In late 2019, electric utility ENEO was owed XAF180 billion of unpaid bills by its clients. Out of that envelope, XAF63 billion was owed by state-owned companies and institutions. At the time, the electric utility was owing XAF155 billion to its fuel suppliers and during a meeting in December 2019, the government promised to support the sectors operating in the energy sector in their search for a quick solution to restore financial balance. How is the process faring so far? Why is ENEO requesting a XAF40 billion compensation from the government after the electricity transport network operations were entrusted to SONATREL? Who is bearing the fuel cost (estimated at XAF3 billion monthly) required to run the thermal power plants recently installed in the northern regions? Why are there so many incidents on the electricity transport network? Eric Mansuy, CEO of ENEO Cameroon, answers those questions and many others...

Business in Cameroon: According to our information, some weeks back, BGFI Cameroon was commissioned to arrange an operation to structure the XAF83 billion owed by ENEO to energy companies KPDC and DPDC. Can you tell us a bit more about the operation?

Eric Mansuy: In late 2020, we signed agreements with KPDC/DPDC for the settlement of that debt within a decent 48 months period. ENEO is taking the necessary measures to fulfill those agreements.

Also, it does appear that KPDC and DPDC are currently collaborating with some banks to arrange a structuring operation. They are the ones that commissioned a local bank.

BIC: When do you think this operation will be completed?

EM: Discussions are still in a preliminary stage and some important prerequisites need to be met before the operation starts. The operation must be in line with the other financial consolidation operations ongoing in the sector.

BIC: You also owe a hefty amount to fuel suppliers like Tradex. How do you intend to settle them?

EM: We do owe an old residual debt to Tradex. This will be settled when paying the other debts in the sector. Discussions are currently underway with the government in that regard.

BIC: Also, concerning fuel costs, the Minister of Energy and Water Resources revealed that the President of the Republic instructed a weekly transfer of XAF1 billion to support the fuel consumption of the thermal power plants in the northern regions. Who is bearing those costs?

EM: Fuel and energy purchase costs are borne by the sector. Clients pay part of it, through the bills, while the remaining part is subsidized by the government (through tariff compensation) in the framework of the policy it adopted in 2009 to stabilize energy prices for residual clients. ENEO simply collects both and settles the various players in the sector. That is why this compensation must be computed at the beginning of every year and paid promptly because both fuel and energy suppliers require timely settlements.

In late 2020, we alerted the government about the energy deficit in the North because of the low flow of the Benue river. We estimated the additional monthly fuel costs at XAF3 billion and asked the government to help us by urgently acknowledging this additional burden, which will be covered in the 2021 tariff compensation anyway.

Unfortunately, the only answer we received was the reminder of a previous promise made by the President of the Republic that XAF1 billion will be paid to ENEO weekly. The said amount covers only the government and its branches’ electricity consumption, not the 2021 needs. The promised XAF1 billion is not new. It does not address the emergency actions needed to ensure optimal electricity supply for residents of the Northern region.

BIC: What about Gaz du Cameroun, another fuel supplier that was claiming unpaid bills from you?

EM: The dispute has been resolved and is being settled amicably.

BIC: What of your debts to public corporations like EDC and SONATREL ?

EM: We are working closely with the government, through the Prime Minister and the Ministry of Finance notably, to monitor and especially find solutions to the sector's debt. Since December 2019 (when the Prime Minister organized a roundtable of sectoral players), my stance was that the sector's major clients (public corporations notably) must pay their electricity bills on time so that we can pay all the sector's players, whether public or private, every month.

BIC: According to CAA [National sinking fund], at the end-2020, the government was owing XAF40.1 billion to ENEO. How much is it exactly? Have you completed the public debt certification process?

EM: The debt is indeed the amount you mentioned. The government still owes XAF40 billion to ENEO. This is greatly affecting our operations and development capacity.

BIC: After the XAF45 billion you received from the government in mid-2020, the government was supposed to pay another XAF32 billion to settle part of the debt it owes you. Has it done so already?

EM: Discussions are underway and will soon be concluded in line with the government’s strong determination to normalize the sector.

BIC: In early-2020, ALUCAM and ENEO signed a contract validating receivables and debts as of December 31, 2019. Have ALUCAM and the government of Cameroon made any progress towards the clearance of the debt determined at the time?

EM: The process where the government will take over ALUCAM’s debt is on track. Nevertheless, ALUCAM is experiencing serious difficulties. Since mid-2020, its electricity bills are seldom paid. This is continually increasing its debt and impacts ENEO's ability to pay the other operators in the sector.

BIC: After the electricity transport network management was transferred to SONATREL, ENEO started claiming a XAF40 billion compensation from the government. Why such an amount?

EM: Most people are not aware of it. But, since 2005, after the privatization [of electricity transport management], huge investments were made in the transport segment. They include the construction of new transmission lines, construction of new source stations, reinforcement of the transport network, installation of a new modern network control center with fiber optics link, etc. The value of those unamortized investments forms the basis for ENEO's right to compensation

Let me make it clear that it is not a claim, but the application of the provisions of the general rules governing the sector and the terms of our concession contract [which provides that the operator will be compensated in case of early termination of its concession].

The calculation methods are strictly defined and discussions are underway with the State. It seems that a consensus has been reached on certain points but we hope that the remaining points will be completed quickly.

BIC: Given the dilapidated state of the electricity transport network entrusted to SONATREL, some people estimate that ENEO’s claim is unjustified. What is your response to that?

EM: When talking about the current state of the electricity transport network, the age and the circumstances surrounding the promulgation of the N° 2011/22 of December 14, 2011, governing the electricity sector must be taken into account.

Since 2012, ENEO has had no authorization to invest in that segment [electricty trnasport] and it is suffering from under-investment. This can explain the congestions and the major incidents experienced. Also, in 2012, we submitted a 2012-2025 plan to the government detailing all the investment needs on the electricity transport segment.

SONATREL took over the segment about two years ago and since then, we have always assisted in serious situations that may affect the sector [like the fire at the BRGM substation in 2020].