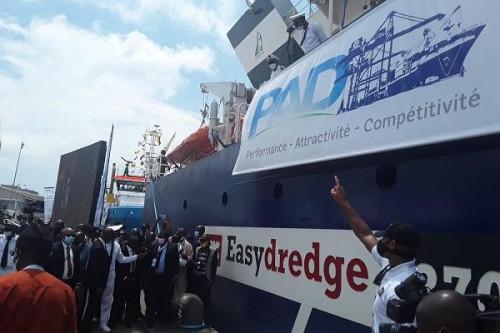 (Business in Cameroon) - At the end of a meeting of its administrative board on December 22, the Port Authority of Douala (PAD) was authorized to set up a delegated management for towing services at the autonomous Port of Douala, internal sources reveal.

These services (which generated an average of XAF3.6 billion for the port yearly over the past five years) consist of towing vessels from the entrance or exit of the port when the said vessels are unable to berth or sail on their own.

With the creation of the delegated management authority, the port is thus preparing to take over services it was till now hiring foreign companies to provide. The management is being created after a tender procedure launched in June 2020 proved unsuccessful after the negotiations with provisional winner Boluda France hit a dead end.

According to credible sources, the winner deemed the conditions set up by the PAD for the concession contract too restrictive (requirement of competitive prices, the geography of the company's capital to be set up, investments, etc.). The sources inform that the main issue was the investment required by the PAD in the framework of that contract.

For instance, the PAD asked Boluda France to purchase three new tugboats. Two were to be ordered within three months after the contract had become effective and operations were to start by the second year of the parties’ relationship. The third boat was to start operations by the 8th year of the parties’ relationship. However, Boluda France was willing to buy only used tugboats, sources close to the case indicate.

The creation of this delegated management marks the nationalization of all the major port operations at the Port of Douala, which is currently the main entrance into the country.

Indeed, after a stormy end of the contractual relationship with Bollore-APM Terminals in late 2019 (after a 15-year concession contract on the container terminal), the PAD created Régie du terminal à conteneurs (RTC) that has been managing the terminal since then.

At the end of a meeting on July 27, 2020, the PAD’s administrative board explained that despite the difficult context in which RTC started operations at the container terminal on January 1, 2020, it successfully fulfilled its missions by offering users quality services following the performance and outcome goals it was prescribed. However, after his reelection as the head of GICAM (the largest employers’ grouping in Cameroon), Célestin Tawamba wondered why the duties required from users suddenly soared up just after the change in the management of the container terminal.

Meanwhile, in 2020, the PAD also created a delegated management authority for the management of dredging activities that were previously entrusted to Belgian company Jan de Nul and recently to Chinese firm CHEC. On October 13, 2020, Prime Minister Joseph Dion Ngute inaugurated and officially commissioned the equipment acquired by the PAD (thanks to over XAF45 billion of investment) for that purpose.

With that equipment, the PAD expects substantial cost savings that will strengthen the port's cash positions. As the PAD explains, the average yearly cost of dredging operations at the port of Douala over the past five years was XAF17.16 billion. However, with the new delegated management, the operations will cost about XAF6.7 billion yearly over the coming five years. This means that the port will save about XAF10 billion yearly on dredging costs.