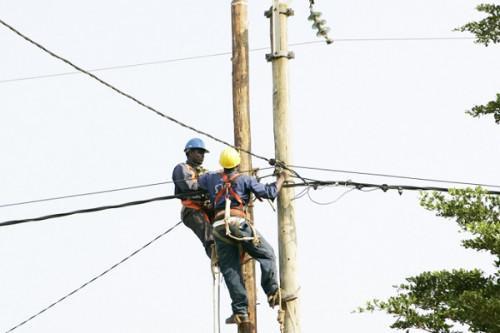 (Business in Cameroon) - Last March 19, electric utility ENEO launched works to improve energy supply in the northern part of Yaoundé and Soa. This was revealed by an internal source who explained that those works were the cause of the power outages in some of the areas concerned.

According to a press release issued by Eneo on March 22, the first phase of the works will be completed on March 26, 2021. "The objective is to start improving services in the folowing localities: Soa Ville, Nkolfoulou, Fougerol, Montée Saplait, Ngoulmekong, Ngousso, Abattoir, Emana, Messassi, Nkolondom, Face Gyneco, Tsinga Village, and surroundings. During the works, electricity supply will be interrupted to ensure the safety of the teams and the population. After this first phase, ENEO will launch others in the coming six months to sustainably strengthen the network and significantly reduce the frequency and duration of power outages," the release reads.

According to the company, the works (inscribed in the company’s 2021 investment plan) consist of building new lines over some 15 kilometers, installing a mix of concrete and wooden poles, setting up four new electricity distribution stations and installing several backup devices to be used in case of incidents.

The investment budget referred to by ENEO is estimated at XAF68 billion. Besides plans to strengthen energy distribution, the installation of over 200,000 prepaid meters, projects to provide secure access to electricity for 130,000 households and businesses as well as renew 25 km of underground cables are also included.