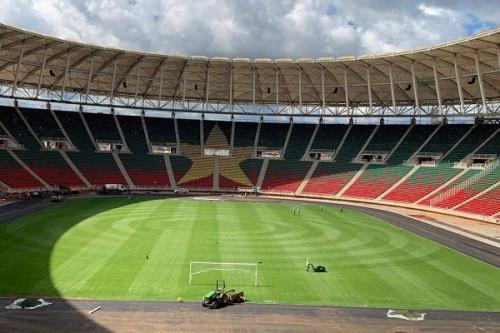 (Business in Cameroon) - To complete the construction of the Olembe Stadium in Yaoundé, Cameroon signed two additional funding agreements, according to documents published by the national sinking fund CAA. The first agreement is for a XAF55.17 billion loan from Standard Chartered Bank. On February 16, 2021, when the President of the Republic authorized that loan, some parties criticized the decision but the loan agreement was nevertheless discreetly signed on June 17, 2021.

The second agreement concerns a XAF6.3 billion loan granted by CCA Bank on March 23, 2021, and disbursed the same month. It was aimed at financing the counterparties required for the disbursement of the remaining loans necessary to complete the construction of that sports complex.

So overall, the CAA’s documents highlight an additional debt worth XAF19 billion (the additional XAF12.6 billion used from the initial project loan and the XAF6.3 billion loan granted by the CCA Bank) that the public is unaware of in the framework of the Olembe Stadium construction project.

Supposing that the country has spent all of the XAF55.17 billion loans contracted from StandardChartered Bank, the Olembe Sports complex’s construction cost is already XAF187 billion, which exceeds the project’s estimated cost by XAF24 billion.

This cost could go higher because first, there are credit costs to be added. Indeed, in the framework of the project, Cameroon guaranteed a XAF4 billion loan contracted by Piccini (the first firm selected to build the sports complex) from BGFI Bank. Also, Piccini, which lost the construction contract, is claiming a XAF28 billion invoice representing namely additional works it carried out in the framework of the project.

According to official sources, in Cameron, it is always difficult for officials of the Ministry of Sports to monitor the financial aspects of major sports infrastructure projects funded by foreign funds. In a report published by the Ministry of Economy, we learn that those difficulties arise because the financial aspects are handled by external institutions. The report nevertheless failed to mention those institutions.