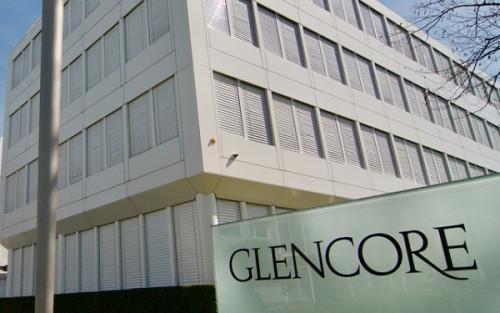 (Business in Cameroon) - The U.S. Department of Justice and the UK Serious Fraud Office announced last May 24 that the Anglo-Swiss multinational Glencore pleaded guilty to bribes in several countries, including Cameroon.

“Between approximately 2007 and 2018, Glencore and its subsidiaries caused approximately $79.6 million in payments to be made to intermediary companies to secure improper advantages to obtain and retain business with state-owned and state-controlled entities in the West African countries of Nigeria, Cameroon, Ivory Coast, and Equatorial Guinea. Glencore concealed the bribe payments by entering into sham consulting agreements, paying inflated invoices, and using intermediary companies to make corrupt payments to foreign officials,” the US Department of Justice revealed.

In Cameroon, a lawyer defending the company has already admitted the facts, saying that Glencore paid CFA7 billion to curry favor with the heads of the National Oil and Gas Corporation (SNH) and the National Refining Company (Sonara).

These revelations led the Cameroonian lawyer Akere Muna, former president of the Cameroon Bar Association and former vice-president of Transparency International, to refer the matter to the president of the National Anti-Graft Commission (Conac). He wrote a letter on May 27 to denounce the admission of corrupt practices by Glencore Plc and the consequences for SNH and Sonara. "I have the honor to bring to your attention, for urgent action, information published by the Financial Times of London revealing that a foreign company will plead guilty to charges of bribery and corruption. As an activist committed to the fight against corruption for more than two decades, I have been following the investigations launched in the U.S. Department of Justice against Glencore Plc since 2018," writes Akere Muna.

He concluded his letter by calling on the anti-graft commission “to open a one of a kind investigation into this sordid affair that involves two of Cameroon's most important public enterprises”.

On July 20, 2014, three organizations - the Berne Declaration, Swissaid, and the Natural Resource Governance Institute (NRGI)- published a report entitled “Swiss trading companies, African oil and the risks of opacity.” They revealed that “Swiss traders Glencore, Gunvor, and Vitol together bought around half of the crude sold by SNH in 2013.”

“These sales resulted in payments by Swiss companies to the Cameroonian state of around $600 million, equal to 12% of 2013 government revenues,” the report found. However, the payment made by these companies “are subject to governance risks as they take place in environments of weak institutions and widespread corruption.’

Although they generate a significant portion of public revenues, these transactions have escaped oversight due to opaque corporate practices and weak regulation. As a solution, the report suggests that “oil-producing governments and National Oil Companies should adopt rules and practices that encourage integrity in the selection of buyers and determination of the selling price, including detailed public disclosures on how the state’s share of production is allocated and sold”.