Camair Co: The administrative board appoints a senior officer as director-general 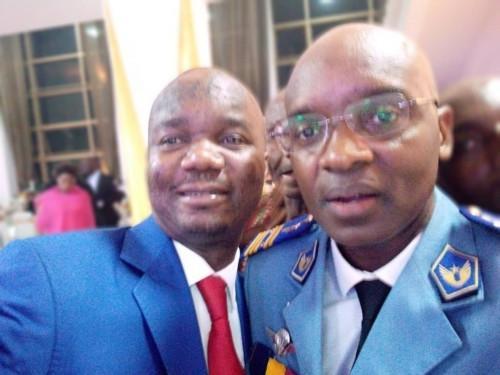 (Business in Cameroon) - At the end of an extraordinary meeting of the administration board held on January 7, Jean-Christophe Ela Nguema was appointed director-general of Camair-Co, Cameroon’s state-owned carrier. The newly appointed executive is the 7th director-general to be appointed as head of the company within 10 years. He is replacing Louis Georges Njipendi Kouotou who was appointed on May 27, 2019, after a stint as president of the carrier’s administrative board.

The new general director is a senior officer of the Cameroonian army. Graduated from the Royal Air Forces Academy, Marrakech (Morocco), Jean-Christophe Ela Nguema is a colonel of the Cameroonian Air Force. Till his appointment, he was one of the Presidency’s staff in charge of presidential trips. He thus becomes the second military officer to be appointed as director-general of a public company in Cameroon. The first was Colonel Mathieu Tiati à Ngaé who now heads Unité de traitements agricoles par voie aérienne (Utava).

At the end of the above-mentioned meeting, Jean-Claude Ayem Moger (an academic who has been a technical advisor to the General Secretariat of the Presidency of the Republic for several years) was also appointed Head of the administrative board of Camair-Co, replacing the Minister of Transport Jean Ernest Ngallé Bibéhé Massena. In the same vein, Alexandre Fochivé ( a Camair-Co pilot) was appointed deputy director-general of the state-owned carrier.

This replacement of the entire executives of Camair-Co comes after a long search for profiles capable of taking the airline out of the turbulent zone in which it has been since the launch of its activities in 2011.

Indeed, in June 2020, the Presidency of the Republic discreetly initiated consultations with some senior executives of the public administration and state-owned companies. From credible sources, at least three officials declined the offers. They include Charles Tawamba whose rigor is reputed to have put Campost (the state-owned postal company) back on track when he was its provisional administrator.

Also, this renewal of Camair Co's top management occurs especially in a context marked by a tumultuous social atmosphere in the company. Firstly, in the application of company restructuring instructions, the former director-general was about to lay off 130 employees for economic reasons. Secondly, salary arrears are owed to employees and finally, the lease contract for the Boeing 737 with a Ukrainian crew ( the only aircraft the company has been operating since its activities resumption in October 2020, after eight months of suspension). The plane was delivered in Douala, in late September 2020 with the Ukrainian crew and the contract was to last three months.

Therefore, the first challenge the new management will have to address besides the manpower rationalization prescribed by the presidency is maintaining Camair-Co’s operations by notably reactivating the carrier’s fleet. Indeed, in a letter addressed to the Prime Minister on July 14, 2020, the Secretary-General of the Presidency of the Republic, Ferdinand Ngoh Ngoh, revealed that XAF15 billion was released to support the carrier’s operations.

According to the said letter, this umpteenth financial support from the state to Camair-Co was to be used to send one of the company’s Boeing 737-700 NG for maintenance, acquire two Dash Bombardier Q400s (better suited for short-haul routes) and lease two engines to put the second Boeing 737-700 NG back to work.

The second challenge will be to restructure, make the company profitable and then privatize it; the state-owned company which has been surviving thanks to its sole shareholder’s (the state) financial assistance has been accumulating losses for years now (in Q1-2020, its overall losses were estimated at XAF100 billion) and has an overall debt estimated to be over XAF110 billion.