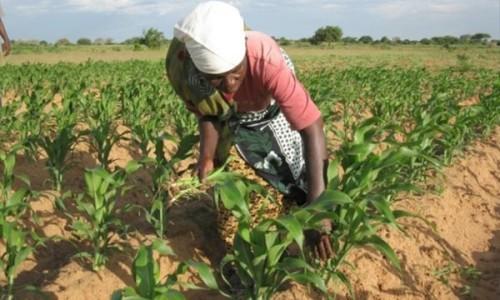 (Business in Cameroon) - As at 31 December 2015, the total of loans granted to operators in the agricultural sector in Cameroon peaked at FCfa 313.6 billion, which represents 14.9% of the national bank loans for 2015. The news was revealed by the Deputy Minister delegate to Finance, Elung Paul Ché, who was invited to give a presentation on agricultural financing in Cameroon during the cabinet meeting on 31 March.

Though the share of bank loans given to the agricultural sector in the country is on the rise ( only 7.6% in 2011), it is however necessary to note that these financial supports are still majorly focused on food industries and not on small producers.

The latter, though representing over 80% of the agricultural landscape and with a matching national production, unfortunately do not have the guarantees required by the banks. All of which keeps agriculture among the lesser sectors to receive bank financing in Cameroon.

Thus, farmers are used to turn to microfinance establishments, who are more likely to to grant loans to operators in the agricultural sector. However, the sometimes usurious rates used by these microfinance establishments end up deterring many. The only remaining solution becomes the tontine (susu), less demanding in terms of guarantees. Roughly FCfa 190 billion are moving in these informal associations, according to the Cameroon microfinance strategy document established by the Ministry of Finance in April 2013.

In order to help the Cameroonian farmers get rid of this financing hurdle which they have been facing for years, the Head of State announced in January 2011 during the Ebolowa agricultural show, the creation of an agricultural bank. Finally created at the end of a general meeting held in June 2011, with a capital of FCfa 10 billion which have been fully released as at today, the Cameroon Rural Financial Corporation (CARFIC) is still not in operation, 5 years later.