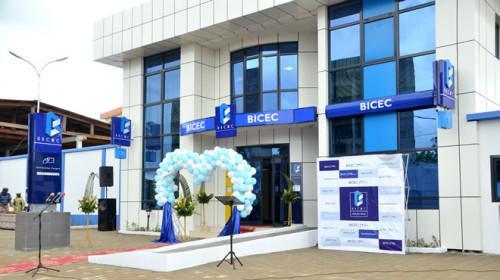 (Business in Cameroon) - Cameroonian lawyers opposed to the sale of BPCE’s stakes in Bicec reacted to the finalization of this transaction on October 2, 2019.

In a joint statement, Michel Janvier Voukeng and Guy-Alain Tougoua, lawyers practising in Cameroon, indicated that they have heard about a “supposed finalization” of the acquisition of BPCE’s 68.5% stake in Bicec, by Moroccan group BCP.

“Having generated more than XAF50 billion of losses for Bicec due to poor management approach, BPCE group, in the framework of the automatic compensation between its assets and liabilities, has no stake to sell in Bicec’s stake,” the statement reads.

The risk for Bicec’s depositors

The two lawyers added that with the BRCE group being a shareholder of Bicec and BCP, the “alleged” cession poses a huge damage risk for the community of Bicec’s depositors notably, because of the high funding needs of other BPCE’s subsidiaries that are taking part in this operation. These subsidiaries are namely, Banque malgache de l’océan indien (BMOI), Banque commerciale internationale (BCI) and Banque tuniso-koweïtienne (BTK).

Michel Janvier Voukeng and Guy-Alain Tougoua also indicated that the involvement of Jean Baptiste Bokam, president of Bicec’s administrative board, is his responsibility only since there is no pre-emptive right for Cameroon in the agreement with shareholders.

“The Cameroonian offer is waiting for the arbitration of the minister of finance it requested.  In the meantime, it considers that the up to 49% nationals’ stake in Bicec’s capital is a great opportunity planned by the president of the Republic of Cameroon (…) Paul Biya,” the lawyers concluded.

On October 4, 2019, Michel Janvier Voukeng and Guy-Alain Tougoua submitted a request before  Bonanjo lower court in Douala. They want to be authorized to submit an emergency writ of summons at short notice to Bicec’s management, the financial market commission, and the Cobac.

According to the request submitted by the lawyers, Bicec is one of the flagships of Cameroon’s banking industry. Therefore,  “the exclusion of nationals, physical as well as companies, from the [Bicec’s] divestment process is a serious violation of constitutional principles as well as of the public and private laws in force in Cameroon.” “This stigma is particularly prohibited by the laws applicable to multinationals.” the lawyers add.

The opposition procedure is still open before Cameroon’s law. Let's note that the competition authority was also called upon in November 2018. It promised to take necessary actions to ensure the lawfulness of this divestment but this was not enough to stop the finalization of the divestment, on October 1, 2019.