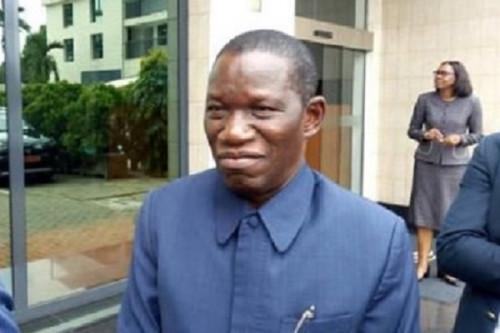 (Business in Cameroon) - In the next few months, Atlantic Cement (owned by Ivorian business mogul, Kone Dossongui’s Atlantic Group) will launch the construction of its cement plant in the industrial zone of the deep seaport of Kribi. All the necessary authorizations for this one million tons capacity plant have been granted already, we gathered.

For the construction, the Port Authority of Kribi (PAK) which manages the deep seaport of Kribi, provided the group with a 10-hectare plot in the industrial zone.

From credible sources, this new cement plant should be similar to the plant of Société de ciment de Côte d'Ivoire (SCCI), which is fully controlled by Mr. Dossongui. Inaugurated on January 28th, 2021 in the PK 24 Akoupé-Zeudji industrial zone (Abidjan), this cement plant cost XAF60 billion, according to Côte d’Ivoire’s Minister of Commerce and Industry, Souleymane Diarrassouba.

Atlantic Cement will be Atlantic group’s 2nd investment in the industrial sector in Cameroon. The first investment is Atlantic Cocoa, which is a cocoa processing unit with a capacity of 48,000 tons expandable to 64,000 tons. The cocoa processing unit was discreetly commissioned in the industrial zone of the port of Kribi in 2020 and exported its first products on December 12th, 2020.

All these operators have already caused a slight drop in cement prices in the country (from XAF5, 000 to 4,400 or even 4,300 per 50 kg bag), but not always to the level expected by both the population and public authorities. Will Atlantic Cement be the catalyst for a real change in those prices?

There is no telling but this investment will reinforce Atlantic Group’s positioning in the Cameroonian economic space, where this holding company has already acquired assets in the banking (Atlantic Bank) and industrial (Atlantic Cocoa and soon Atlantic Cement) sectors by always teaming up with local investors.

A former Minister of Agriculture in Côte d'Ivoire, Koné Dossongui is the first major Ivorian investor in Cameroon. He is also the first Ivorian to invest in the country’s telecoms and banking industries. In his native country, Koné Dossongui fully owns a cement plant and is the main cashew nut exporter in a country known as the world-leading producer of that cash crop (while Cameroon is still at the promotion phase).