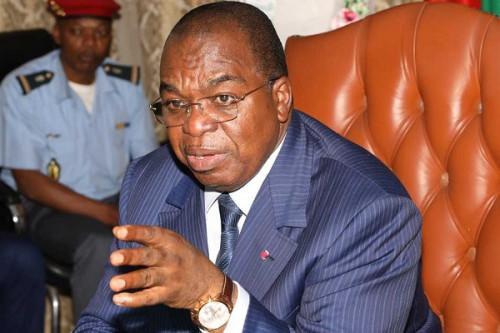 (Business in Cameroon) - Cameroon has initiated negotiations with bilateral and multilateral partners to raise financial support estimated at XAF294 billion for the fight against the coronavirus. This was revealed by the Minister of Finance Louis Paul Motaze (Photo) during the cabinet meeting of May 28, 2020.

The country obtained, on 4 May, an amount of XAF135 billion under the Rapid Credit Facility (RCF) granted by the International Monetary Fund. The “IMF emergency financing under the RCF will support the government’s efforts to mitigate the impact of the twin shocks" of Covid-19 and the oil crisis, the IMF wrote in a release published in that regard.

On May 18, 2020, the French Development Agency (AFD) also signed a XAF6.5 billion grant agreement with Cameroon, through the Ministry of Economy. According to the parties, this grant, which is budget support for the Ministry of Public Health (Minsanté), will strengthen the management of cases of Covid-19, especially serious cases in the reference hospitals of Yaoundé, Douala, and Bafoussam. It will help in the active search for cases by strengthening the rapid investigation and intervention teams of the beneficiary ministry.

These two supports amount to XAF141.5 billion. Cameroon thus still has to search for an additional XAF152.5 billion, according to the plan described by Louis Paul Motaze. Part of the remaining envelope should come from the World Bank. According to Abdoulaye Seck, its director of operations for Cameroon, the Bretton Woods institution could disburse up to XAF81 billion to Cameroon.