European Investment Bank holds a portfolio of over CFA340bn in Cameroon 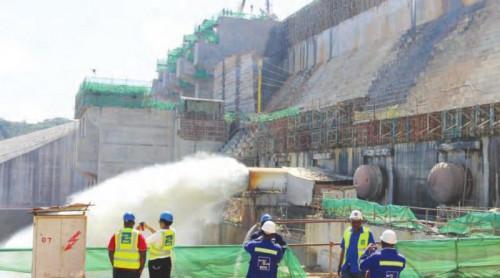 (Business in Cameroon) - The European Investment Bank (BEI) announced it has already invested more than CFA340 billion in Cameroon since it started operations in the country in 1965. This follows a visit of an institutional delegation to the Lom Pangar dam site last November 19.

Back in 2012, the Cameroonian government concluded with the bank, a sovereign loan of CFA19.6 billion to finance the hydropower facility in the Eastern region.

With its 6 billion m3 capacity, the Lom Pangar is a key infrastructure for the country’s electricity sector. It is co-funded by Cameroon (CFA100 billion), the World Bank (CFA64.8 billion), the French Development Agency and the Development Bank of Central African Countries BDEAC (CFA20 billion).