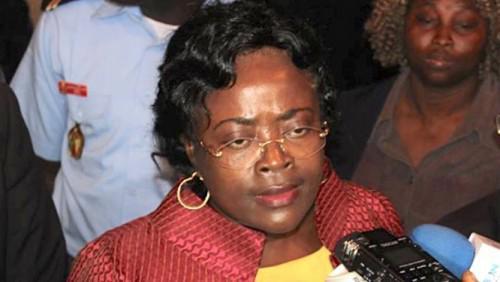 “(Business in Cameroon) - The attention of my ministry has been drawn to the fact that several operators in the telecommunication sector operate in violation of the current law. I would like to remind all that, in accordance with the provisions in Articles 35 and 42 of the 14 July 2012 decree, setting the conditions to establish or operate networks and provide electronic communication services under the approval system, the issuance of licences or any other assimilated title, is the sole competency of the Minister of Posts and Telecommunication”. Such was the content of a communiqué made public late last week by Minette LiboM Li Likeng, Cameroonian Minister of Posts and Telecoms.

Even though this government member does not explicitly mention any company targeted by her warning, internal sources at the Ministry of Posts and Telecommunication (Minpostel) reveal that Minister Libom Li Likeng’s media appearance follows the entry of the British firm Vodafone on the Cameroonian market.

Indeed, through a franchise agreement signed with the company Northwave Sarl, wholly owned by Afrimax Group, Vodafone has been marketing for some weeks 4G LTE services in the cities of Yaoundé and Douala, which represent on their own over 80% of the telecoms market in Cameroon.

Northwave Sarl, which became Vodafone after its partnership with the British telecoms operator, this operates, according to our sources, with a “temporary title” issued by the Telecommunication Regulatory Agency (ART) on 8 January 2015; and not by the Minister of Posts and Telecommunication, sole legal public authority who can issue telecoms licences or “any other equivalent document”.

Thus, our sources reveal, through correspondence dated respectively 6, 28 and 30 September 2016, Minister Libom Li Likeng contacted the MD of ART, to “point out to him that the temporary titles issued by him were provided in violation of the current law, and could due their very nature jeopardise the organisation if the strategic telecommunications sector in a sensitive security situation”.

Concurrently, we learned, Jean Louis Beh Mengué, MD of ART, has been “summoned to publish a communiqué (...) specifying the limits of the licence franted to Northwave Sarl”; licence which, as explained by the internal sources at Minpostel, should not include operating “LTE networks and services, which are the sole competency of companies holding concession titles”.

Though the issuance of these “provisional titles” is being justified at ART by “the absence of a certain number of texts, including the one governing the entry and licence renewal fees”, on one hand, and by “the concern of not blocking this market segment whose actors contribute to the development of the digital economy” on the other hand; at Minpostel, it is clear that the telecoms regulatory body is being accused of usurping the prerogatives of the Ministry.

Proof of this, we learned, since 2010, “the regulatory body has not submitted for approval by the Minister in charge of Posts and Telecommunications, licence request applications, in compliance with Article 42 of the 14 July 2012 decree stating the conditions of establishment and or of operation of networks and the supply of electronic communication services under the approval system”.

According to senior officers at Minpostel, this tendency of the regulatory body to prefer the issuance of “provisional titles instead of licences to some operators, in infringement of the law in force”, is detrimental for the State as well of the telecoms operators holding concession agreements.

In practical terms, we learned, this practice instituted as rule by ART brings about “unfair competition with regards to concession operators who invested huge sums of money to be able to offer this type of service with national coverage obligations”; it also creates “enormous losses for the Treasury, due to the non-payment of entry fees for the beneficiaries of provisional titles”.