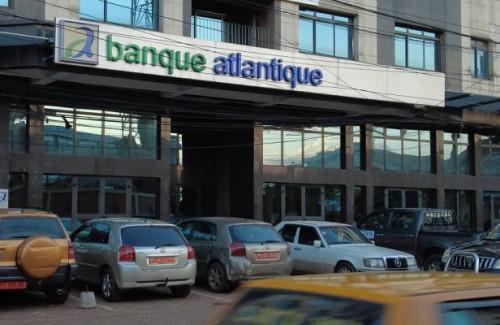 (Business in Cameroon) - Yesterday December 28, the CEMAC court of Justice suspended the decision of the Central African Banking Commission (COBAC) to dismiss directors of Banque Atlantique Cameroun (BACM), a subsidiary of Atlantic Financial Group (AFG). The ruling follows two appeals filed by the BACM before the court on November 16, 2021.

In the first appeal, the BACM demanded nullification of the four sanctions the COBAC imposed on it on August 27, 2021. In the second, the sanctioned bank requested a stay of the decision dismissing its board directors.

The court of justice has not yet ruled on the nullification appeal but the decision published by the Ndjamena (Chad)-based court clearly approves of a stay of the decisions dismissing the directors. "Ruling publicly concerning a stay of execution as an appellate court with the final word in the case, we declare the annulment appeal admissible. Consequently, we order the stay of the COBAC decision (... ) of August 27, 2021, on the compulsory resignation of the Chairman of the Board of Directors, Mr. Léon Koffi Konan, and all the members of the Board of Directors of  Atlantique Bank Cameroun (BACM). This order is automatically enforceable without the possibility of further appeals,” reads the document whose copy was obtained by Business in Cameroon.

In its appeal, the BACM explained that the immediate execution of the decision suspending its board members could have serious and irreparable consequences and could also pose a systemic threat. " (...) The remaining subsidiaries of the group BACM belong to are also experiencing the negative impacts of the decision issued by COBAC; Notably, their relations with correspondents and regulatory bodies in jurisdictions where the group operates or plans to launch operations (WAEMU, Comoros, Mauritius, Madagascar) are affected,” it added to illustrate its claims.

The BACM further revealed that in the aftermath of the COBAC sanctions, “negotiations initiated by the group with international financial supporters were suspended” and the outcome seems to be rather pessimistic.

The fifth point is the inadequacy between the content of the summoning letter the COBAC sent to BACM executives and the money laundering accusations waged to justify the sanctions. For the sixth point, it concerns discrepancies in the procedures followed to notify the BACM executives of the sanctions.

The December 28, 2021 court order comes just one week after Cameroonian Halilou Yerima Boubakary was replaced as Secretary-General of the COBAC. The senior government official whose term ended in 2020, was the one who initiated all the sanctions imposed on the BACM on August 27, 2021.