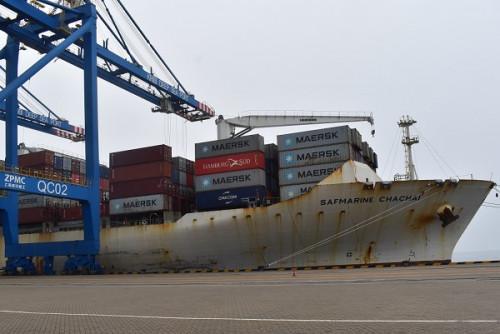 According to sources that attended the meeting, the discussions revolved around the areas in which the two countries can cooperate in the maritime sector.

To this end, the Director of Maritime Affairs and Inland Waterways of the Ministry of Transport referred, among others, to the strengthening of Cameroon's capacity in coastal security, the development of inland waterways navigation and the training of navigators. However, there is currently no indication of the terms that will govern the cooperation.

Denmark already operates in Cameroon through Maersk, the world's leading container carrier. The Danish group alone controls 40% of the maritime freight to and from Cameroon.

Recently, the Danish shipowner seems to have developed a liking for the port of Kribi, a seaside town in the south of Cameroon. Since 10 February, for instance, Maersk’s container ship Safmarine Chachai has been anchored on the quays of the deep seaport of Mboro in Kribi. The 250-metre long vessel currently carries more than 4,000 containers, of which slightly more than a quarter are destined for the port of Kribi.