Cameroon: Government considers Turkey as an alternative wheat supplier to avoid an increase in bread prices 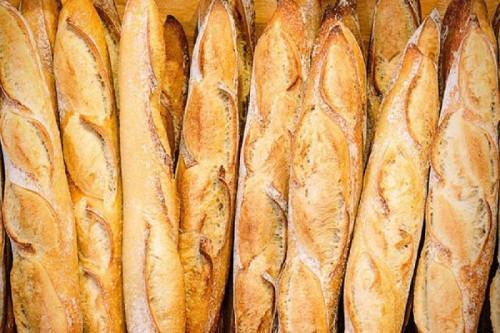 (Business in Cameroon) - In Cameroon, the union of bakery owners plans to increase the prices of bread, to pass the additional costs generated by the rising price and scarcity of wheat flour onto consumers. However, according to our sources, the government is opposed to the increase of the prices set at XAF125 per 200-gram loaf of bread.

To find alternative solutions, the Ministry of Commerce initiated consultations, we learn. It was then decided that the supplying country of flour will be changed. Indeed, Russia is the main supplier of Cameroon’s wheat, according to the Ministry. Because of the coronavirus pandemic, crop failure, and climate change, the country is, however, unable to be as productive as it used to be. Therefore, Cameroon has decided to turn to Turkey, which is currently among the ten largest wheat exporters worldwide.

According to Cameroonian media EcoMatin, the Ministry of Commerce has already submitted an offer from Turkish company Dharma to its hierarchy. The company offers to supply 600,000 tons of wheat to the Cameroonian market yearly at really competitive prices.

The company making that offer is a multinational dedicated to trading with African markets. Since its establishment in 2015, it has carried out numerous import-export projects in Azerbaijan, Benin, Côte d’Ivoire, Sierra Leone, Kazakhstan, Afghanistan, Cameroon, Djibouti, Ghana, and Niger.

In a statement issued on January 19, the bakery owners’ union informed that negotiations were ongoing with the government, millers, and consumer associations. Until the end of the negotiation, no one is authorized to increase the prices of wheat flour and bread, it added.

It should be noted nevertheless that although the price of bread is still the same, the size of the XAF125 bread has seemingly reduced.

In recent years, bakers have been trying to increase the price of bread. In 2021, the Ministry of Commerce had to negotiate with Groupement des industries meunières du Cameroun and the leaders of Syndicat national des boulangers du Cameroun to maintain the price at XAF125 per 200-gram loaf of bread. At the time, unionists justified their attempt with the rise in the prices of wheat on the international market and the soaring shipping costs that both impact the final price of wheat flour, which is about 80% of the inputs used in bread production.

The wheat supply problem occurs at a time when authorities are advocating for import substitution, meaning the substitution of wheat flour with local cereals and starches. The Citizen Association for the Defense of Collective Interests (Acdic) demonstrated that it was possible to use those local flours in bread production but, the idea is yet to pick up on an industrial scale.