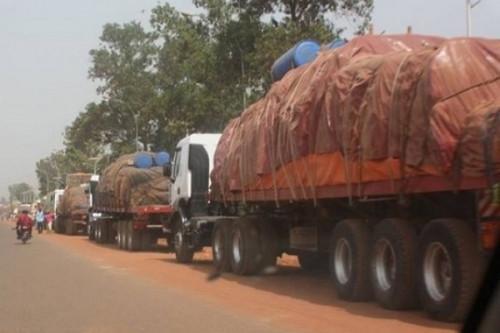 (Business in Cameroon) - Cameroonian road haulers have been banned, since April 28, from entering the Central African Republic (CAR), according to an official note from the United Nations Multidimensional Integrated Stabilization Mission in the CAR (MINUSCA), established in 2014.

"Due to the emergency caused by the Convid-19 pandemic, as of today, no drivers or other passengers from Cameroon will be allowed to enter the Central African Republic," the Minusca writes. It invites Cameroonian drivers to organize their cargo deliveries so that CAR counterparts can take over at the Cameroon-CAR border to bring the cargos to Bangui.

The 1,500 km long Douala (Cameroon)-Bangui (CAR) corridor is served by a little over 5,000 trucks. According to the agreement between the parties, 60% of the carriers would be Cameroonians, and 40% CAR citizens. However, in a study published in 2019, the African Development Bank (AfDB) reveals that only five CAR drivers are active along the corridor. This means that out of the 5,000 drivers who supply the Central African Republic with goods and other commodities, 4,995 are Cameroonians.