Philippe TAGNE NOUBISSI, He who dreams of creating the Cameroonian Walmart 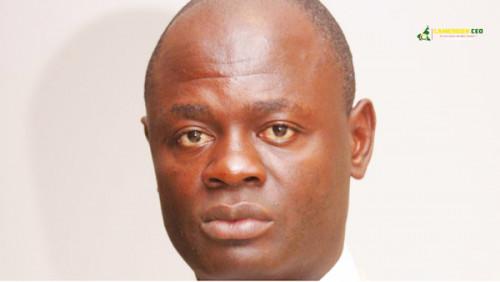 (Business in Cameroon) - While he is still unknown to most Cameroonians, Phillipe Tagne Noubissi supplies many goods to millions of Cameroonian families, every day, through supermarket chain Dovv. However, 30 years ago he was just a mere street seller who dreamt of one day becoming a big shot in the mass retail industry. After overcoming many challenges, and at the cost of countless sacrifices, Phillipe Tagne Noubissi launched in 2003 his very first Dovv supermarket at the Mokolo market, in Yaoundé.
Today, his Dovv stores, which distinguish themselves with their colors and architecture, are spread across around 10 different parts of Cameroon’s capital - a feat achieved through the owner’s expansion strategy which focused on proximity and democratizing access to supermarkets which used to be accessible to the elite class alone.
Now, the successful businessman dreams of becoming a local version of the U.S mass retail giant Walmart which employs more than two million people.