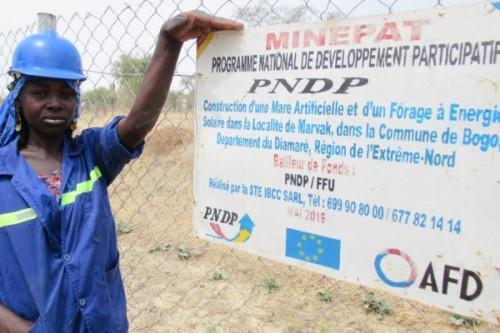 (Business in Cameroon) - The National Participatory Development Program (PNDP), the World Bank-backed government agency focused on local development, could close in 2023. This information was reported during a TV program broadcast on April 28 on CRTV. “We have not gone bankrupt and we are not also closing because of an emergency. The matter is that we want to close the funding until maturity [...] at the end of the first half of 2023,” said the Coordinator of the program, Marie Madeleine Nga.

Reliable sources told us that the World Bank plans to withdraw from the program. Since 2012, the institution has been planning to help the Cameroonian government create a permanent entity that would take over the PNDP's activities insofar as the program had fulfilled its mission. The PNDP was created in 2004 to help rural communes (at the time) to conduct procurement, construction, and maintenance of infrastructure (water, health, education ...), recruitment of qualified staff, and accountability, among others.

To make the program sustainable in 2012, as the World Bank wished, the Cameroonian government has begun to prepare the file for the transformation of the PNDP into a local development agency. Several draft decrees have been finalized after two years of ministerial and inter-ministerial meetings. The Presidency of the Republic has instructed the Permanent Secretariat for Administrative Reform to prepare the organizational charts and other texts. One of the draft decrees resulted in the transformation of the Special Fund for Equipment and Inter-municipal Intervention (Feicom) into a bank for financing decentralized local authorities (CDT), while the other, which was to transform the PNDP into an agency, was not finalized.

In 2016, the World Bank agreed to proceed with the third phase of PNDP financing. This phase was called the "consolidation and sustainability phase”. The PNDP phases last 4 years. In 2020, when the third phase was due to end, the PNDP received additional funding to support countries that have experienced a refugee influx. This justified the extension of the program by two years over 2020-2022.

According to our sources, donors are withdrawing mainly because they want it to be a permanent instrument of the state. An example of this type of instrument is the National Electricity Transport Company (Sonatrel), 100% owned by the state, which was created following a loan from the World Bank as part of a vast program to reform the electricity sector.

A meeting chaired by the Deputy Secretary-General of the Prime Minister's Office requested that the agency's missions be refocused and that they not be the same as those of an existing organization. Thus, the file was reviewed and e-mailed to the presidency of the Republic where it is currently being studied by the General Secretariat, we learn.

During its 18 years of operation, the total financial support received by the PNDP amounts to nearly CFA188.1 billion. The French Development Agency has contributed CFA98.1 billion and the World Bank nearly CFA90 billion. The entity reports having created 10,000 jobs and implemented 7,000 projects.