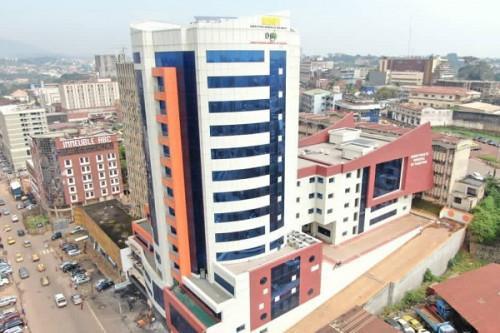 (Business in Cameroon) - The General Directorate of Taxes (DGI) announced it has collected a total of CFA638.7 billion in tax revenue over the first three months of 2022, up 20.8% year-on-year (or CFA110 billion) in relative value. The DGI revealed that if this trend is maintained throughout the year, the annual revenue targets set at CFA2,184.8 billion will be met.

According to the public entity, this good performance is the result of the various reforms implemented to optimize tax collection, particularly through the dematerialization of procedures, from tax declaration to tax payment. "Today, everything is completely done online for large, medium, small, and micro enterprises in the regional capitals. The procedure can be completed via mobile phone or computer without needing to go to the tax authorities. There is no longer a cashier at the tax office. Even the various tax certificates can now be acquired online," explains Modeste Mopa, the Director-General of Taxes at the Ministry of Finance.

The digitalization of the tax administration over the last few years has generated good results. Paying taxes in Cameroon is no longer a headache. "These innovations have reduced by about 30% the average time spent by the taxpayer to complete the procedures," Prime Minister Joseph Dion Nguté said during the presentation of the Economic, Financial, Social and Cultural Program for FY2022. This was on November 26, 2021, at the National Assembly.

Beyond easing the tax procedures and reducing physical contact between taxpayers and tax agents, thereby reducing fraud and bribery, the digitization strategy has made filing and paying taxes much more secure.

In FY2021, CFA10 billion was collected via mobile money (mobile phone), against CFA25 billion via banking account, according to data from the Ministry of Finance.

To further ease tax procedures, authorities have also deployed a strategy that allows companies to collect certain taxes before transferring them to the DGI (airport tax collected by airlines, car tax collected by insurance companies ..., ed). New taxes have also been introduced to expand the tax base. An example is a tax on electronic money transfers introduced in the 2022 finance law. Decided in the context of the expansion of mobile money and mobile banking services in the country, this tax is expected to bring in around CFA20 billion in additional revenue this year, according to projections by the General Tax Directorate.

With all these measures, Cameroon hopes to increase the level of collection of non-oil domestic resources (tax burden) from 11.3% of GDP in 2021 to 12.1% in 2022, or a tax effort of 0.8% of GDP. However, according to the DGI, the overall tax burden in Cameroon remains lower than in several African countries at the same level of development.