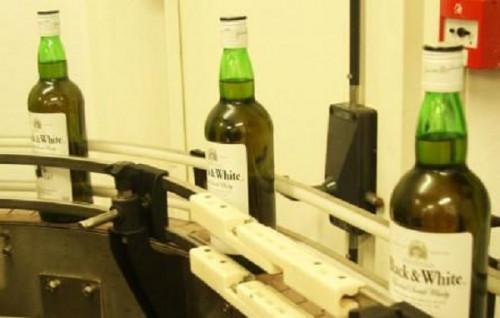 (Business in Cameroon) - Guinness Cameroon reveals that the hourly whisky bottling capacity of its plant (officially launched in Douala on September 7, 2017) is 2,200 bottles.

The local subsidiary of British brewery group Diageo made the revelation in the presentation document elaborated for the celebration of the group’s 50 years presence in Cameroon this year.

“Guinness Cameroon SA is the first brewery, in Cameroon and the Central African sub-region to bottle scotch outside Scotland,” the brewery group indicates.

Initially a brewery group, Guinness Cameroon SA also went into the importation and marketing of wines to diversify its offers in a market dominated by SABC (subsidiary of Castel that controls 74% of the Cameroonian brewery market). Guinness Cameroon SA is also Diageo group’s second subsidiary in Africa (Nigeria being the first). Let’s note that Cameroon is Diageo’s fourth-largest market in the whole world, according to Andy Fennel, then Diageo’s chairman for the African region, during his visit to Cameroon in 2014.