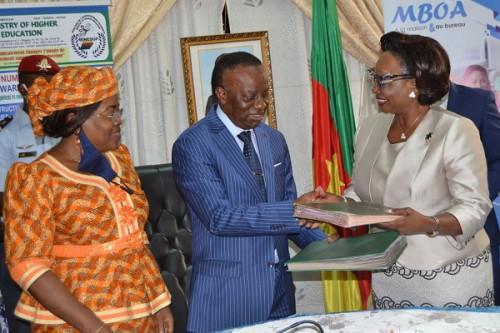 According to information disclosed during the signing ceremony, the Internet connection offered by Camtel to public universities will increase from 263 to 9333 Megabits per second. The agreement also includes the establishment of digital development centers in these state universities. The digital development centers will boost distance-learning, digitalization, collaborative networking, and secure connection between public and private universities in Cameroon.

For the Minesup, this agreement is another step taken towards the "E-National Higher Education" project through which President Paul Biya decided, in 2016, to donate laptops to 500,000 students in public and private universities in the country. The overall financial impact of the "E-National Higher Education” program is estimated at XAF75 billion.