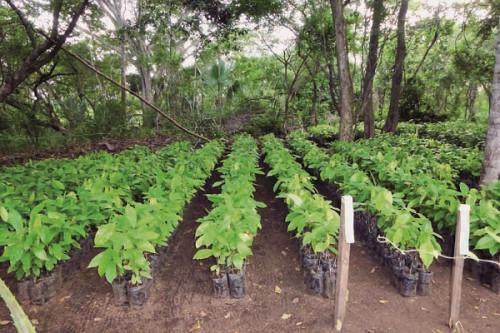 (Business in Cameroon) - Cameroon loses 40 to 50% of its cocoa seedlings in nursery plants every year because of climate change due to which dry seasons are increasingly longer. This was revealed by Jean Claude Akouafane, director-general of the Cocoa Development Company (SODECAO), during the inauguration, on April 13, 2021, of SODECAO’s watering device in Ebolowa, in the South.

The executive explained that thanks to the watering device, its nursery plants located in Ebolowa would increase its production to 200,000 seedlings, against 125,000 currently.

Meanwhile, recently, SODECAO indicated that it was planning to distribute 4 million high-yield cocoa seedlings to renew aging farms and expand some of the existing ones. The end goal of this campaign is to boost national production.

According to actors in the cocoa sector, the age of the plantations and the producers, the poor quality of plant materials as well as difficult access to seedlings are the problems hindering the increase in national cocoa production.