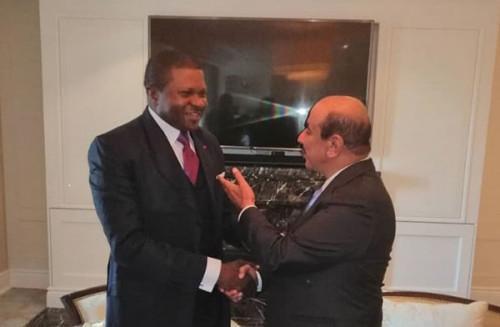 (Business in Cameroon) - Last Wednesday, on the sidelines of the 40th general assembly of the International Civil Aviation Organization (ICAO) in Canada, Cameroon’s minister of transportation Jean Ernest Massena Ngalle Bibehe was received by his Qatari peer.

“Discussions between the two officials mainly focused on the revitalization of state-owned carrier Camair-Co. In that regard, points like densification of the [carrier’s] fleet, the flight and technical crews’ training, the launch of a maintenance facility, technical support and the opening of the carrier’s capital were discussed,” the Cameroonian civil aviation authority CCAA indicates.

The CCAA revealed that at the end of the meeting, the Qatari minister of transportation indicated that the emir of Qatar was ready to support major projects in Cameroon. “In the next few days,” a Qatari delegation should be in Cameroon to assess Camair-Co’s needs in order to boost cooperation between the two countries.

Camair-Co has been in financial difficulty since the launch of its operations in 2011. In 2016, Boeing Consulting elaborated a recovery plan for the cash-strapped carrier. This plan envisaged the payment of XAF35 billion debt, modernization, an increase of the fleet to twelve aircraft and resizing the network to 23 destinations. However, there were difficulties in the implementation of this plan.